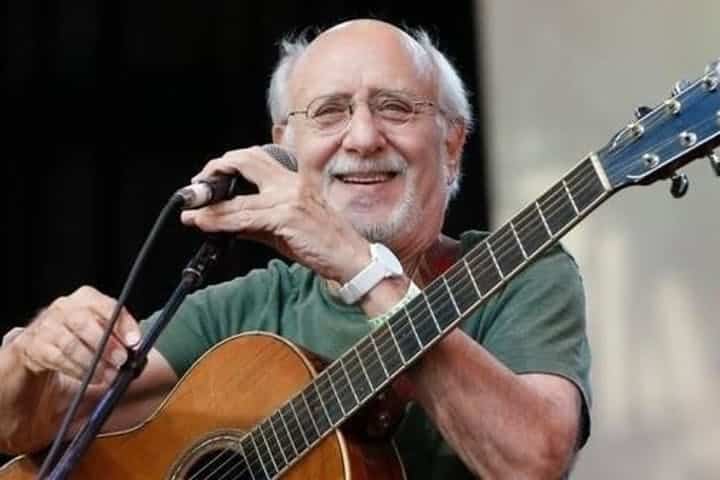 THE MUSIC WE KNOW AND LOVE

Peter Yarrow, an American singer and songwriter, was born in New York City in 1938. He learned to play both guitar and violin at a young age, and attended New York City’s High School of Music and Art. His singing career began after receiving a psychology degree from Cornell University. Upon graduating, he went to Greenwich Village, where he met up with Noel Paul Stookey and Mary Travers. The trio’s manager, assembled and encouraged the group after a rousing success in New York’s Greenwich Village, the group began a national tour which lasted almost ten years before they pursued solo careers and interests.

Yarrow co-wrote (with Leonard Lipton) one of the group’s greatest hits, “Puff, the Magic Dragon” which went on to become a beloved children’s classic. “‘Puff (The Magic Dragon)’ became metaphorical for a certain spirit because of its proximity to the era or idealism and hope in the ’60s,” says Yarrow. “If it had been written in a time of cynicism and selfishness such as this one, perhaps ‘Puff’ might not have resonated in the same way, save for those who were bemoaning the loss of innocence of their own time.”

Peter Yarrow’s ability to write songs that have sparked the imagination and the passion of a generation intent on social change have made him an internationally recognized singer and songwriter.